CAN THE ISLAMIZATION OF EUROPE STILL BE HALTED? - Reading on November 2 in Amsterdam During the Presentation of Dead End Street at the Commemoration of the Murder of Theo van Gogh 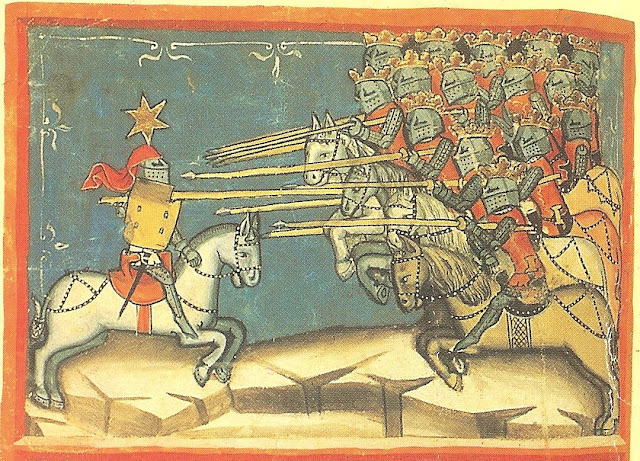 Amsterdam, October 26, 2016 – The true crime Dead End Street – Why the Dutch Secret Service Murdered Their Top Secret Service Agent Theo van Gogh was written by top counter-intelligence agent, 10th  Dan Karate Master, Serbian-born Dr. Slobodan R. Mitric (Karate Bb), who has an honorary degree in Law from a (now defunct) Police Academy in Tucson, Arizona and who was appointed world director of Reserve Police International by his deceased American foster father US General Raymond Healey. It will be presented by the publisher Robert J. Kelder at a public commemoration in front of the monument The Scream that was raised as a tribute to the principle of free speech in a park in Amsterdam East not far from the very spot where the controversial Dutch filmmaker, television personality and columnist Theo van Gogh, as a punishment for having publicly insulted Allah, was shot down and had his throat cut in broad daylight by the Muslim fundamentalist Mohammed Bouyeri. As the only one as yet found guilty of this heinous crime, the latter is now serving a life sentence without parole.

Translated from the Dutch version Doodlopende weg, it was first publicly presented by the publisher with successive selected readings from it in front of the Scream on November 2, 2012, 2013, 2014 (in English) and 2015 (in English), most of which were filmed and put on YouTube.  From the book  emerges such a completely different picture from what is generally believed to have happened behind the scenes that until now the main media and the cultural elite in this country have chosen to completely ignore the shocking background of this murder case, while an official inquiry recently set up to investigate whether this was really a one-man action dispersed all lingering doubts that it was anything other than that.

Since then, all serious discussion as to the true background of this murder case, which caused world-wide consternation and which as 2/11 has become our own ominous 9/11, has all but reached a dead end street. With the presentation to the English-speaking world with selected readings from the epilogue “Obstruction of Justice - How the Cover-Up Culture Of The Dutch Government and Media Prevents A Proper Course Of Justice In The Murder Case Of Theo Van Gogh“ and other parts of the book a direction will be indicated where a positive, but by no means easy answer can be found to the questions posed by the Serbian writers Rade Božović and Dusan Lusanski in their forewords and that can be read on this blog “Does a Dead End Street Have an Exit After All?” and “Can the Islamization of Europe Still Be Halted?” This initial answer can, in so far as Islamization is a religiously motivated process, only be one of a religious, i.e. Christian  nature, just as other non-religious, i.e. political and military aspects of the process of Islamization can only to be met with answers of a similar corresponding nature.

The book is published by the Willehalm Institute Press Foundation in Amsterdam that is named after the title and leading figure of the epos Willehalm by the German medieval poet-knight Wolfram von Eschenbach, an epic poem about William of Orange, paladin of Charlemagne, protector of Celtic Christianity and founder of the original House of Orange (see image). After having converted his future wife, the Arabian princess Arabel to Christianity this supreme commander of the Carolingian army in the Spanish March was instrumental in halting the advance of the marauding Moors from Spain in the 9th century, thereby setting the stage for the historic coronation of Parzival as king of the Grail, an event of supreme, albeit still largely unrecognized, spiritual significance in the evolution of human consciousness on its path from instinct via intellect to intuition.

The English part of the commemoration on November 2, which will follow the Dutch segment, is an initiative of the Willehalm Order of Knights of the Word (i.s.n.) that is also named after the founder of the original House of Orange and patron saint of Christian knights. Its mission is to further and protect the New Christianity that was heralded by the Austrian philosopher and visionary Rudolf Steiner (1861-1925) through his lectures on the Fifth Gospel and that was characterized by him as the source of inspiration in the spiritual world of his anthroposophy or science of the Grail. This New Christianity was further developed by Valentin Tomberg (1900-1973) in the 1930’s by his profound writings on the Bible, published as Christ and Sophia, and by his lectures in The Netherlands on Inner Development in a Rosicrucian way and on the Second Coming of Christ in the etheric (“on the cloud”).

As the synthesis of all twelve world religions, including the Islam, and already propounded by the true Rosicrucians of the Middle Ages,  it is this New Christianity that has the full potential for re-evangelizing the whole world, a task entrusted to the Anthroposophical Society re-founded by Rudolf Steiner in 1923/24 in Dornach Switzerland. In order to help envisage and carry out this momentous task, a petition was submitted to Dutch king William-Alexander of Orange/Nassau in 2014, successively broadened and enlarged in 2015 and 2016, to institute a Civil Order of Knights of the Word. The petition was forwarded by the cabinet of the monarch to the Chancellery of Dutch Orders in The Hague, but apart from this procedural response, no answer of any significance has been forthcoming.(Update: As was expected, the petition was finally turned down in November 2016.)

Note: The presentation of Dead End Street - Why the Dutch Secret Service Murdered Their Top Secret Agent Theo van Gogh by Slobodan Radojev Mitric on November 2 will take place at around 4 PM in front of the monument The Scream located in the park of Amsterdam East  (Oosterpark, 1091 AC, Amsterdam). The book itself can be ordered for €14,95 in any books store by mentioning the ISBN/EAN:  978-90-73932-24-1, or by sending an email to rjkelder@willehalm.nl after which an order for payment by PayPal will be sent (for customers in Europe the cost price is € 17.95, beyond Europe € 19.95). The e-book can be ordered through the same channels for € 5.00. Info: info@willehalm.nl; Tel. + 31(0)20-6944572
Posted by Willehalm at 6:16 AM